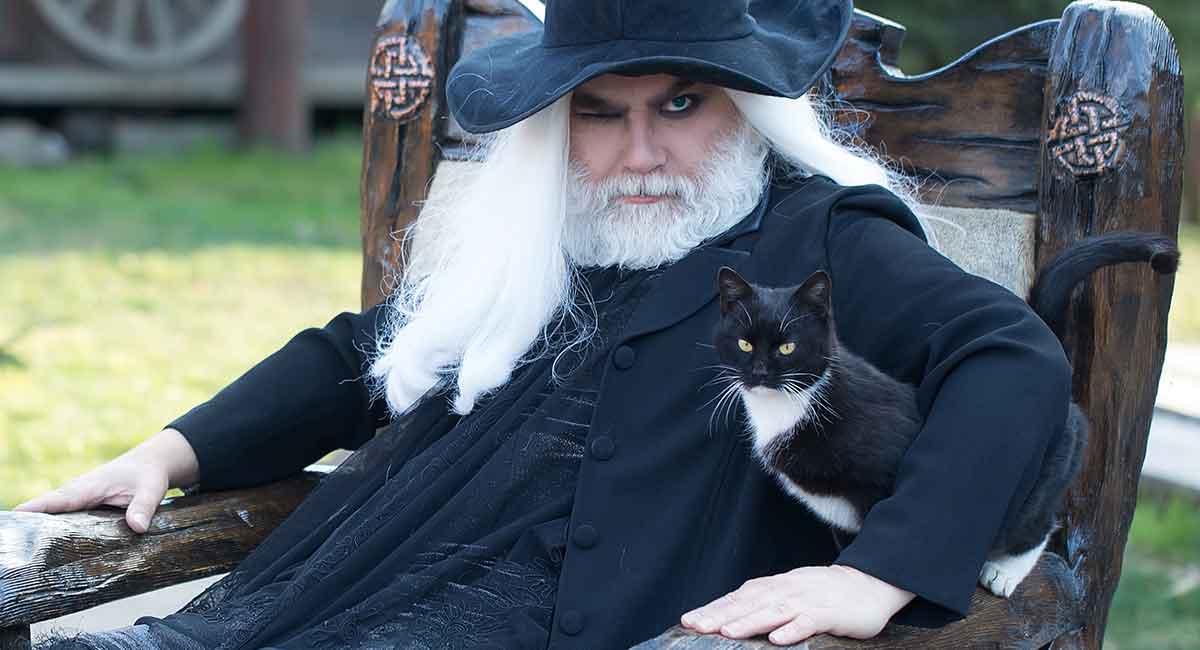 Harry Potter cat names are increasingly popular these days, and there’s a reason for that! JK Rowling’s series not only spawned several books and movies, but ongoing sub-series in the same universe! It’s no wonder that so many fans are turning to these books for pet-naming inspiration.

Well, if that’s what you’re looking for, you’ve come to the right place! Here are hundreds of Potterverse cat names sure to make your imagination take flight.

Whether based on Harry Potter characters’ names or simply inspired by Rowling’s creations, we’re sure you’ll find something to love!

If you’ve been searching for a Harry Potter name generator for your pet, this is the article for you! Let’s start with our top picks for Harry Potter characters’ names perfect for your cat.

Our fifty favorite Harry Potter cat names for 2019 are:

There is nothing better than falling into a good book.

Except maybe when that book is turned into a series. And multiple films. And a spin-off series. And live theater. And more!

Meanwhile, what does our ongoing excitement over the Harry Potter series have to do with naming our pets? Well, naming a cat is an incredibly personal experience.

Regardless of who you mention your new kitten to, they will almost certainly have an opinion on what you should call him or her. But really, your opinion is the one that counts.

And you want to give her a name that you will love for the next fifteen plus years. 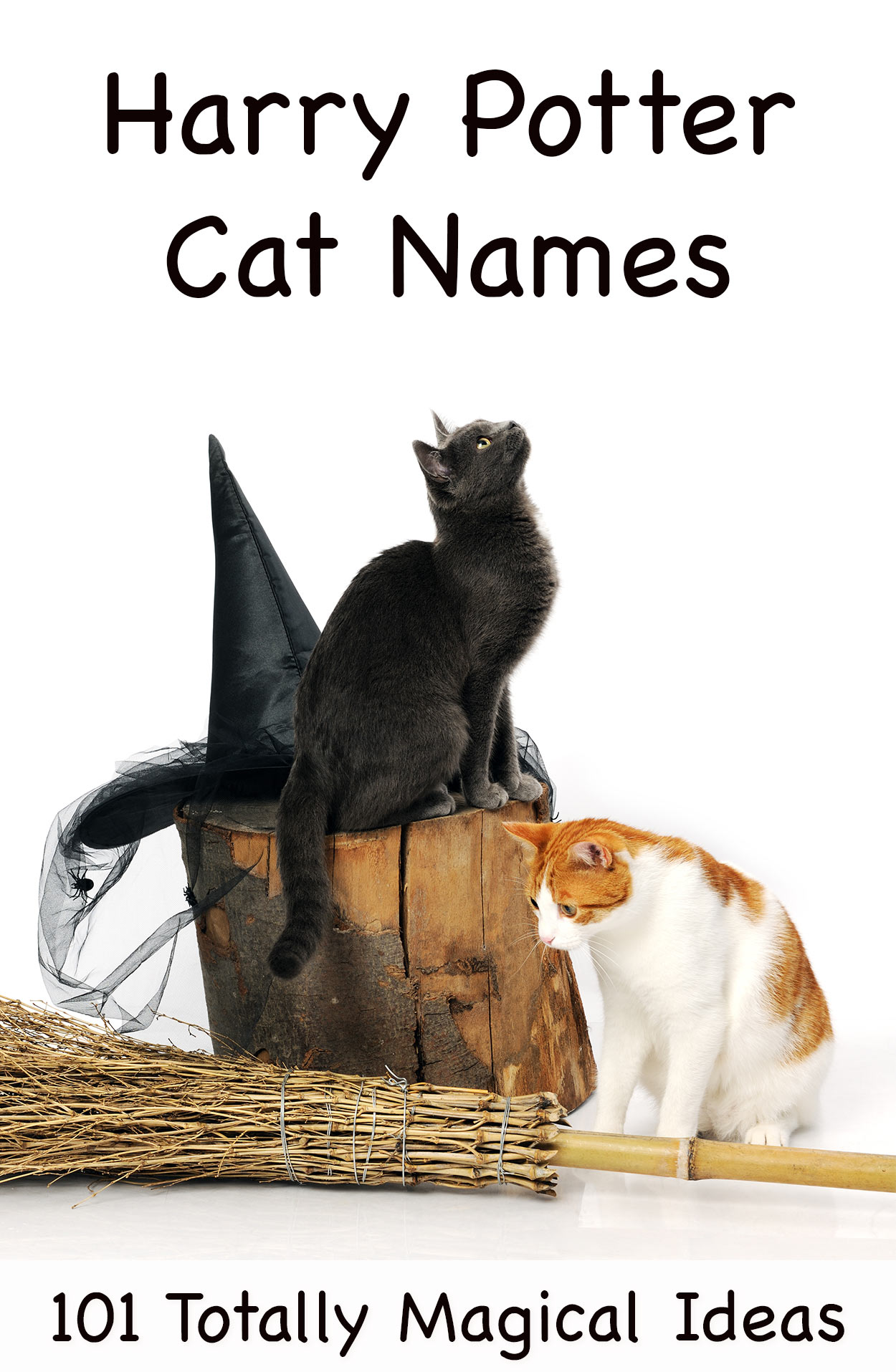 We’ve been in love with Harry’s universe since 2001, so I’m pretty sure we can be confident that it’s not falling out of favor any time soon.

From the names of your favorite characters, to words that reflect the amazing wizarding world, there are tons of ways we can show our love for the Harry Potter series and to our cat at the same time. Let’s take a look at some pet monikers based on Harry Potter characters’ names, to start us off.

The women of Harry Potter are an inspiring bunch. From the nastiest of the Slytherin baddies (Millicent Bulstrode, anyone?) to the bravest of Gryffindor.

Remember, you don’t have to be totally on the nose with these. 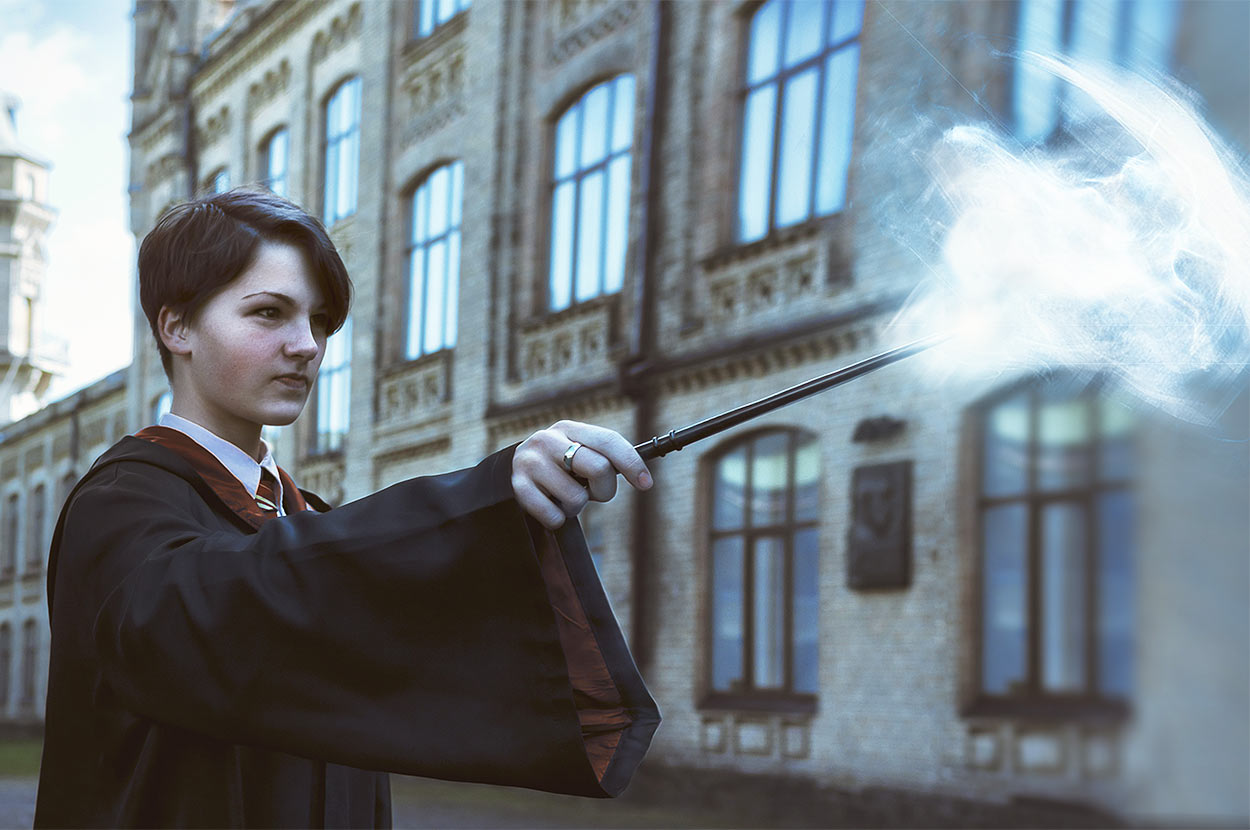 They can be obvious Harry Potter cat names, but they can also be more subtle nods in the direction of your favorite series.

By choosing a classic Harry Potter cat name for your kitten, you are showing off your favorite series and giving your kitty a cool name.

But just like with the girls names mentioned above, you can also nod in that direction without being totally over the top. 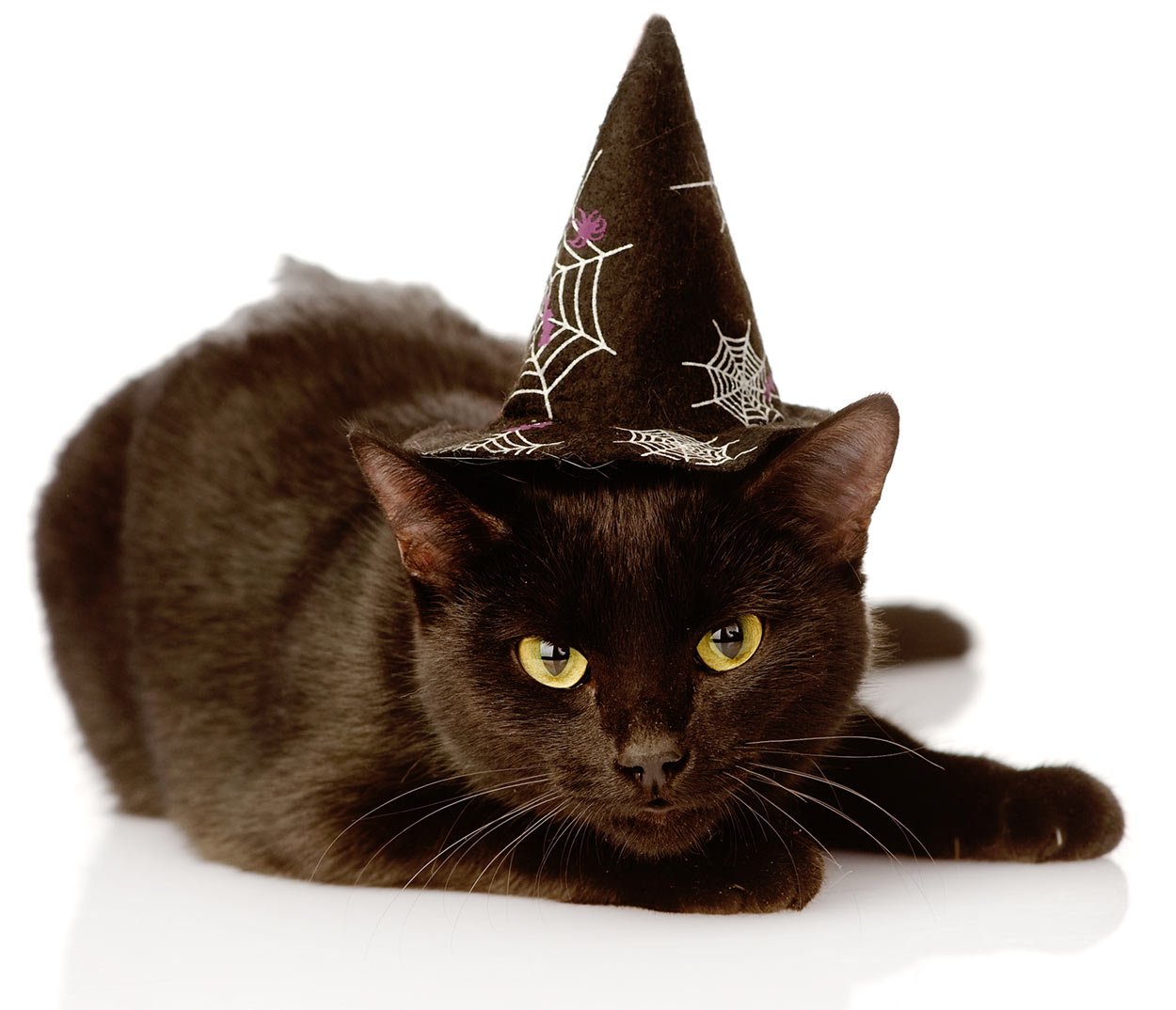 “Bill” could be a sweet cat name on its own. You can keep your knowledge of its origins as a fun secret, if you prefer.

However, it you want to shout your fandom from the rooftops, you can’t go wrong with “Hagrid”!

Of course, with all these male and female cat names based on Harry Potter characters, we shouldn’t overlook the naming possibility of the surnames.

After all, using just the last name of a character is very traditional in British literature!

There are obviously a few famous names missing from these lists.

I’ve omitted them either because their names don’t gel as well with the kitty world, or because the characters were so unpleasant I doubted anyone would want to inflict those sort of Harry Potter cat names on their tiny new pet!

Do correct me if I’m wrong. And leave your additional ideas in the comments section for us to check out!

In the meantime, let’s look at some more Harry Potter cat names from other parts of the wizarding world.

The level of detail in this magical universe is almost unrivaled.

This is true in more than just in terms of the range and depth of the characters. It also includes the mysterious creatures that accompany them.

I’ve taken the liberty of include a few from Fantastic Beasts and Where to Find Them as well!

Let’s face it, some of them would make rather unique cat names. But who doesn’t love an unusual name?

Some of them have been abbreviated to make slightly more kittified options!

See what you think of this suitably bizarre collection. Will one of them inspire your new kitten’s name?

And of course, those magical creatures often have names!

From the slightly less magical but nevertheless unusual pets (Crookshanks!) to the totally unique (Scabbers!) 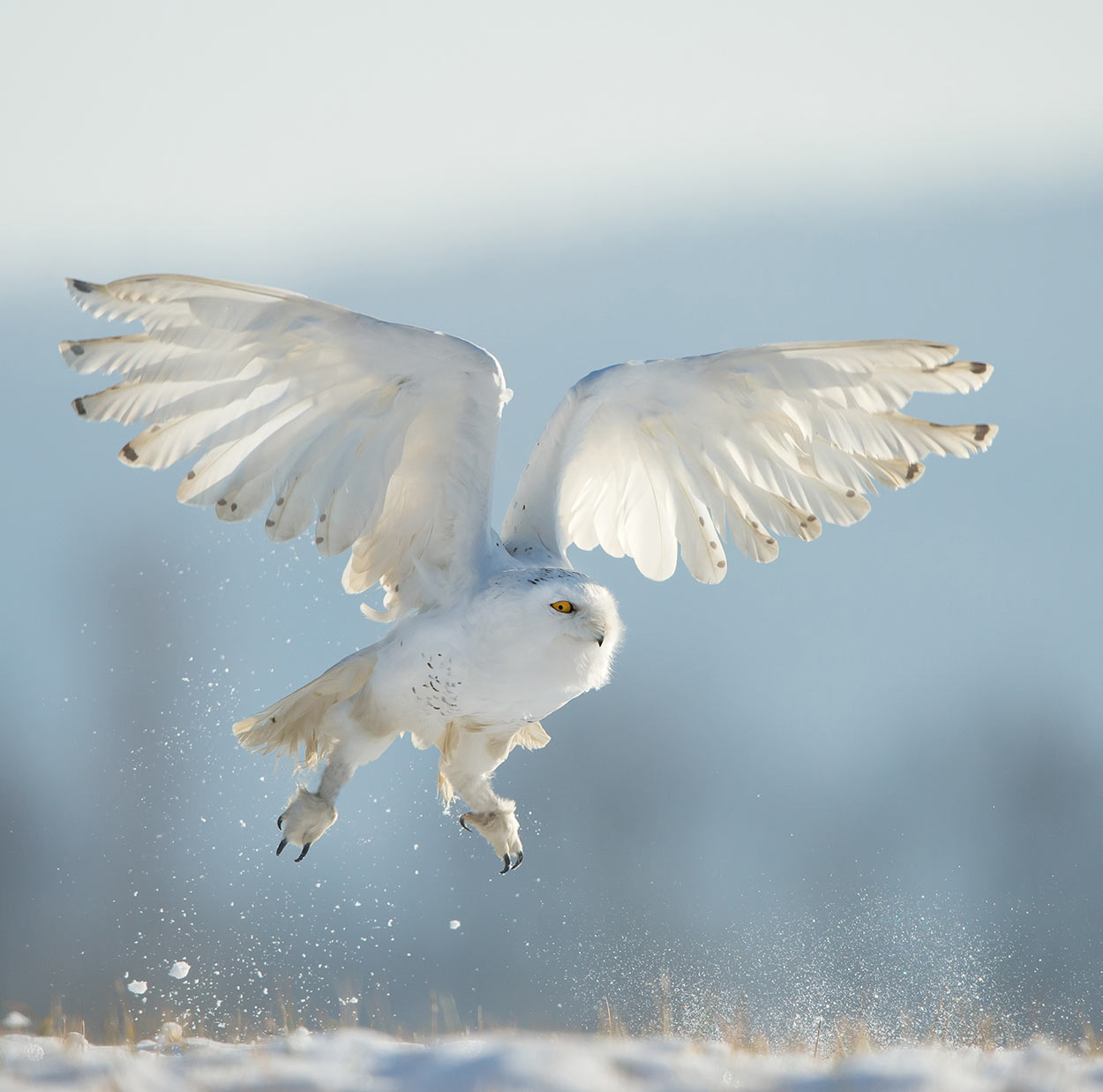 From centaurs to goblins, elves to owls, here are some magical creature names that would also sound great as Harry Potter cat names! Many of them are already based on Harry Potter pet names that exist in-universe.

As we mentioned before, and as everyone knows anyway, the Harry Potter universe is more than just the original books. It has been expanded to include a variety of forms, as well as spin-off series such as Fantastic Beasts And Where To Find Them.

Here we have compiled some of the best Harry Potter cat names based on the extended universe.

As you well know, the wizarding world is one seriously magical place.

So we’d be remiss if we didn’t include some magical Harry Potter cat names. 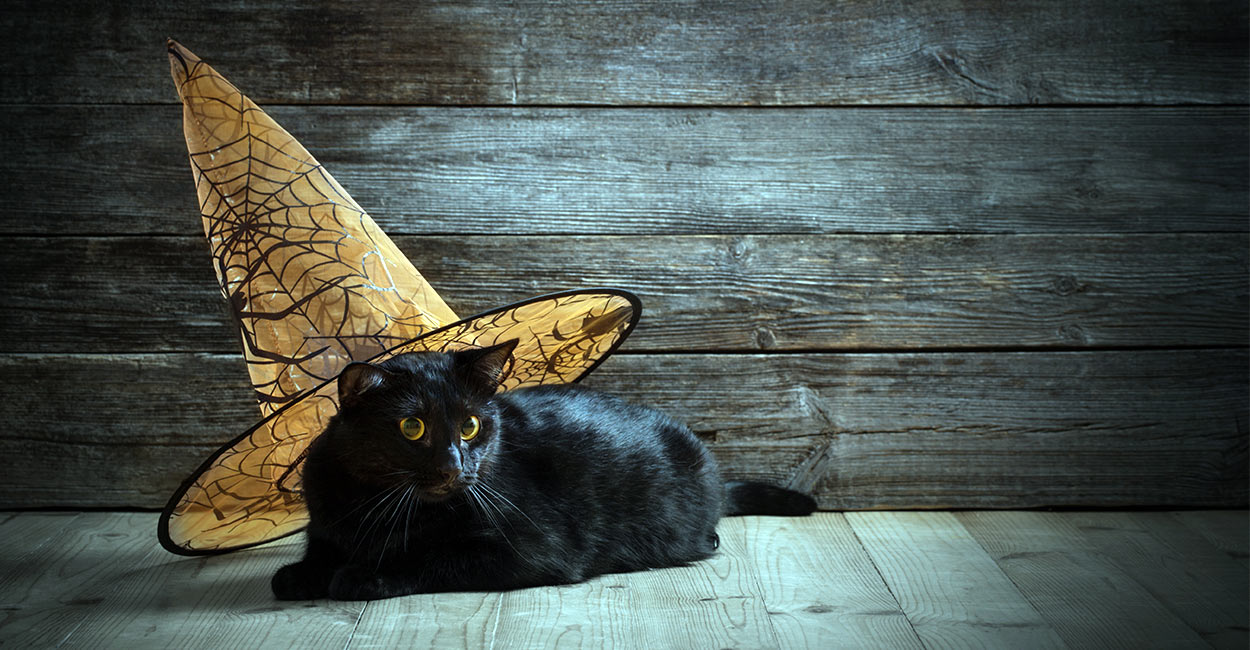 These names are inspired by magic in general, and would suit any kitty with an owner who is a fan of the mystical.

Sometimes you just don’t want to take the easy path. Sure, it would be simple to name your cat after a Harry Potter character. But what if you want something completely unique, but which still sounds like your cat belongs to the Harry Potter universe?

There are a number of different name generators out there. Here are some of our favorite randomly generated combinations that really, truly sound like they’re studying at Hogwarts.

The Harry Potter world is a wide and varied one.

There are an amazing array of magical creatures, incredible people, and wonderfully weird words.

Any of them could inspire great Harry Potter cat names. Ones that are either a big Harry shaped sign over the cat door about how much you love the series, or a personal quiet nod to your favorite book.

What’s your cat called? We’d love to hear your own ideas for cat names. Let us know in the comments below!

Make sure you also check out our article on funny cat quotes!

An F1 Bengal cat is not a very common pet, … END_OF_DOCUMENT_TOKEN_TO_BE_REPLACED

The tortie point Siamese cat is a unique and … END_OF_DOCUMENT_TOKEN_TO_BE_REPLACED

The black Bengal cat is often known as the … END_OF_DOCUMENT_TOKEN_TO_BE_REPLACED