The Pixie Bob cat gets its name in part from its distinctive wild looks and bobbed nub of a tail. To the uninitiated, the Pixie Bob cat can look exactly like a wild bobcat on the prowl! They have more toes than the average cat, and tufted ears that give them an alert expression. This breed isn’t just beautiful, they are very smart and learn tricks with ease. A combination of Manx, Japanese Bobtail and American Shorthair, you can see why they have such broad appeal despite being a relatively new breed.

What is a Pixie Bob cat?

The Pixie Bob cat (also sometimes called the Pixie-Bob or the PixieBob) owes its existence to Carol Ann Brewer, a feline breeder who developed the first Pixie Bob cat in 1987.

The Pixie Bob was recognized by TICA, the International Cat Association, in 1994 and earned championship status in 1998.

This breed look so much like wild cats that they were the subject of long and intense debates between breed enthusiasts, breeders and the general public. In the end, DNA testing finally determined that there is no genetic link between the wild bobcat and the domestic Pixie Bob cat. But it’s still fun to think about!

This cat breed’s head is often described as pear-shaped. This can be enhanced by the fluffy muttonchops (downward growing facial hair) descending below the lower jawline. Sometimes the Pixie Bob’s ears show lynx points.

Their eye shape is triangular, deep set with a heavy furry brow, giving an intense expression to their golden brown eyes. One that again reminds many people of its wild Bobcat namesake. This is a muscular, athletic cat with a filled-out body and solid limbs. Plus, they have a rolling gait that looks like nothing so much as a wild cat stalking its prey.

One of the most noticeable is that the Pixie Bob cat is polydactyl, which means this cat can be born with up to 7 toes on each foot. Where most cats have 20 or 25 toes (4 or 5 per foot), this means the Pixie Bob cat can have as many as 28 toes in total! Luckily, they tend to have large paws to accommodate all those extra toes.

Most Pixie Bob cats also have a little furry tuft where many other cat breeds typically have a long furry tail. However, some cats of this breed will have a slightly longer tail that measures anywhere from two to six inches long.

Overall, the coat is lush and plush even in shorthair Pixie Bobs, with what some enthusiasts call “muttonchops” around the jowls. Their length ranges from short to around two inches long.

Pixie Bobs have a ticked pattern, with burnt orange or reddish-brown contrasting with darker grey or black bands. Your cat’s eyes will range from golden to brown to green (sometimes called gooseberry).

The Pixie Bob cat can sometimes grow quite large, but most adults in this breed will be medium-sized cats. The thick fur coat this cat wears year-round can make it look even more sizeable than it is.

Adults can range from 8 to 18 pounds (3.6 to 8kg), with males typically larger than females. Due to their build this cat breed can take longer to mature, up to 3 or 4 years.

The Pixie Bob cat is so smart! But even better, this cat is very friendly and sociable, which is why it is sometimes called “dog-like” in its personality. Yes, they can learn to walk on a leash, perform tricks, and even play games of fetch.

Your kitty will pretty much want to be wherever you are, and doing whatever you are doing. These cats thrive on love and attention and often let you know with expressive vocalizing. Using chirps and chitters rather than the standard garden variety “meow.”

One unusual trait of the Pixie Bob cat is their love of water. It is not uncommon for this cat to jump right into the bath or the swimming pool, or even an outside fountain, to take a dip!

These cats are recommended by many breeders as a good choice for a pet for young kids. They are playful and loyal, often acting as the “watchdog” for the family. They can also get along well with other pets, including dogs.

The Pixie Bob cat is considered to be a healthy cat breed overall. One of the most basic health needs this cat has is for weekly grooming. Their coat is thick and needs at least weekly to bi-weekly grooming to remain mat-free.

Since this is a relatively new breed the Pixie Bob cat does is not currently associated with any diseases. There are however structural concerns due to their shortened tail.

One serious issue that crops up with tailless cats is spina bifida. The gene mutation that causes a shortened tail or no tail is dominant, which means only one cat parent needs to pass it on in order for the kittens to be born tailless.

This gene also causes changes to the spinal cord, the vertebra and nerves that can lead to problems with elimination and control of the hind limbs as well as arthritis. When the gene mutation causes damage to the lower spine, it is known as Manx Syndrome.

Both Pixie Bob and Manx cats are also prone to developing a condition called FLUTD (Feline Lower Urinary Tract Diseases). This condition can be more common in tailless cats where there is nerve damage that interferes with control of the bladder muscles. Similarly, tailless cats are more likely to suffer from fecal incontinence for the same reason.

Manx Syndrome can show up within a few weeks of birth in severe cases, but it can take more time when the condition is mild. FLUTD and fecal incontinence may be harder to spot while your kitten is learning to use the litter box.

Megacolon is yet another congenital (inherited) health issue that can arise from spinal malformation. This condition can cause chronic constipation since the colon isn’t receiving sufficient stimulation from and communication with the nerves to signal when waste matter needs to be passed.

Happily, the Pixie Bob cat can live into the late teens – 17 years old is not uncommon for this athletic and active cat. Providing a healthy diet, fresh water, plenty of love and enrichment and a clean and sanitary litter box area will all help this cat live a long and healthy life.

These kittens are in demand and often have the price tag to match. This has led to some so-named “backyard breeders” trying to breed lookalikes that don’t have the pedigree to back them up.

Legitimate Pixie Bob breeders are able to demonstrate the purebred lineage of their cats all the way back to Ms. Brewer’s original litters.

Any Pixie Bob breeders worth working with should also offer you an initial guarantee of health. This will usually be anywhere from six to twelve months.

As a rule of thumb, the shorter a kitten’s tail, the more likely the structure and function of their spine will be affected. When you are very interested in committing to a tailless kitten, having your veterinarian do a pelvic X-ray may help to identify any possible genetic nerve or development defects from spinal malformation.

When selecting a Pixie Bob kitten, look for a kitten that is alert, clear-eyed, confident, willing to be handled and interested in interacting.

How Much Do They Cost?

Pixie Bob kittens prices can come with some amount of sticker shock depending on the cattery and the kitten’s lineage, color and gender. For catteries with award-winning, show quality Pixie Bobs, your kitten may cost anywhere from $1,000 and up.

A Pixie Bob cat price for a “pet quality” kitten (i.e. a kitten the breeder does not plan to keep and breed) could be $500 or more. 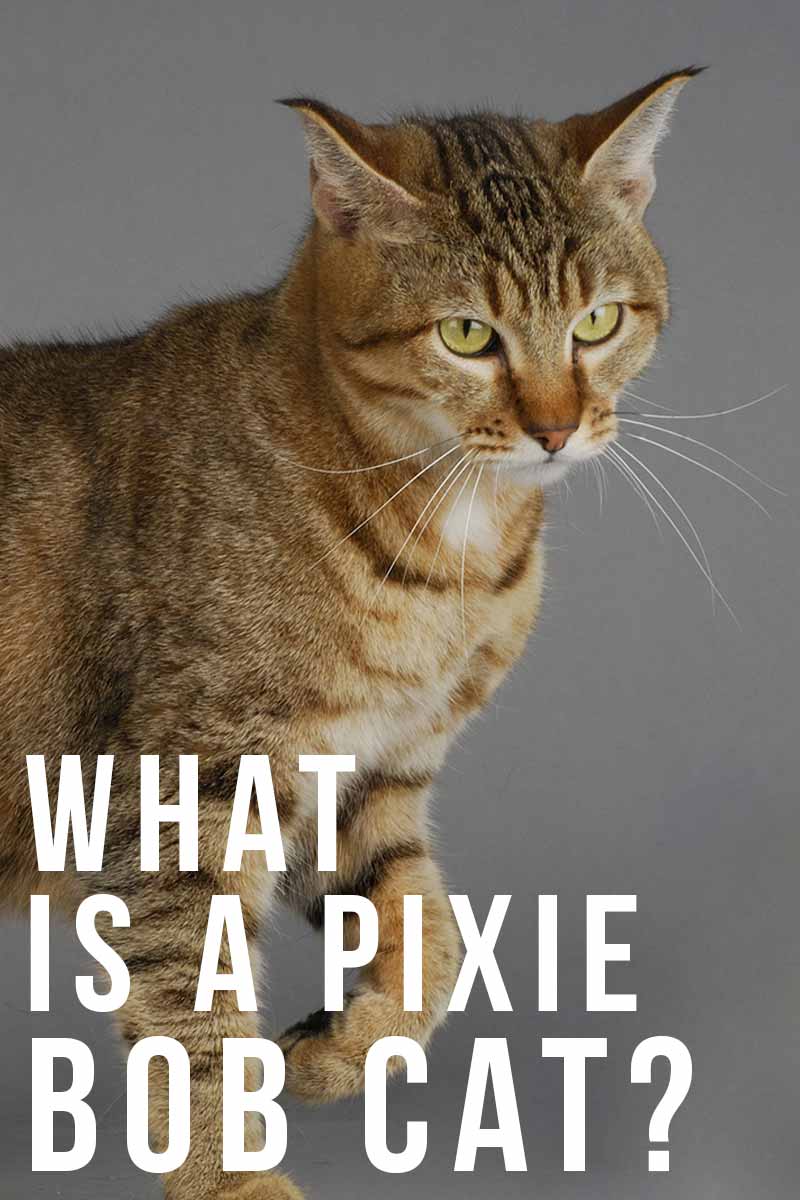 Bringing home a new kitten is a huge decision and an even bigger commitment. But it can also deliver amazing rewards that are worth all the hard work of caring for a cat!

Pixie Bob cats have eye-catching looks and charismatic personalities. This breed is new, so there isn’t much data yet on the prevalence of spinal problems caused by their short tail. You can help the Pixie Bob population grow healthily by only purchasing a kitten from a breeder who recognises the risks, and is serious about only breeding healthy kittens.

Are you ready to welcome a precious Pixie Bob cat into your life? Please drop us a comment and share your story!

I recently read a thread in an online pet … END_OF_DOCUMENT_TOKEN_TO_BE_REPLACED

The Exotic Shorthair was created to be a … END_OF_DOCUMENT_TOKEN_TO_BE_REPLACED