You are here: Home / Uncategorized / Cat Quotes – 50 Of The Best Cat Quotes To Suit Every Occasion!

Where would we be without the wisdom of cats, bestowed upon us through cat quotes?

They can show us just how cute, funny, and lovable our cats can be.

Here are five of our all time favorites:

Cats are such mischievous, characterful creatures that nonetheless ooze wisdom and intelligence. We have much to learn from them, by studying their teachings through cat quotes.

Some of the earliest writing and literature ever known makes references to cats. From ancient Chinese proverbs to obscure hieroglyphs, the cat has left its pawprint on human history and culture.

Changing throughout the ages, depictions of cats began with drawings and hieroglyphs. Later, cat quotes appeared in proverbs, then literature. Today, funny cat captions are popular on social media. But though our technology has evolved, the cats themselves have stayed the same.

Since the early 2000s, cats have taken over the internet. Funny cat captions were some of the first internet memes, and the ubiquitous funny cat videos is known throughout the western world. Cats, and their opinions and personalities, are here to stay.

Cat quotes may be funny, lifting us up when we are sad. They can be an inspiration just when you need it. But mostly, they help us celebrate the true nature of cats. Here are some of our favourite cat quotes to brighten your day.

There’s no doubt about it: cats are hilarious. Their serious but lovable expressions are like medicine if you’re feeling down.

While no substitute for an actual cat, cat quotes can remind you of your cat’s antics when you’re away from work. If you have no cat of your own, reading funny cat quotes can help fill that cat-shaped hole in your heart.

Our favourite cat captions and quotes are those that celebrate the cat’s comical side. Here is a generous helping of cute cat quotes to brighten your day.

As funny as they are, cats are also inspiring creatures. Their brutal honesty and quiet wisdom have been inspiring humans for thousands of years.

Start each day with some cute cat quotes, and you may find yourself absorbing the wisdom of the purry ones. Here are some cool cat quotes that illustrate the cat’s unique take on life.

Cats have lived alongside humans for around 8,000 years. They’ve had plenty of time to infiltrate our language and inspire cat quotes. Wise and funny cat sayings are plentiful in every culture. The original sources for most of these ancient phrases are lost in time.

Cats are not as demonstrative in their affections as the average dog. Their subtle, strange love has to be earned. Those who don’t love cats may see them as rude, cruel, and callous; but those of us who love them appreciate their tender side.

Sometimes, your cat may seem to ignore you completely; other times he may scratch you or even bite. Impervious to your pleas, a cat may seem distant and aloof. Once you have gained the love of a cat, however, you will realise it is worth all the effort. Here are some “I love my cat” quotes for those rare moments.

Cats are plentiful in movies and literature. Their stylish, glamorous profiles seem made for the silver screen. Their distinctive personalities lend themselves well to written prose.

From Lewis Carroll’s beloved Cheshire Cat to the lesser-known characters of the movie Felidae, here are some well-known cat quotes from movies and literature.

We hope that the above cat quotes have lifted your spirits, inspired you, or helped you find what you are looking for. You may also find interest in these similar articles, which celebrate the charming and lively contribution which pets make to our language and culture: 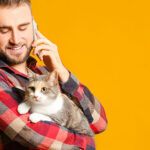 Pet parents wondering what to do with a needy … END_OF_DOCUMENT_TOKEN_TO_BE_REPLACED 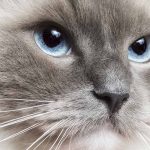 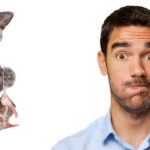 Knowing what to do when your cat catches a … END_OF_DOCUMENT_TOKEN_TO_BE_REPLACED